Second-generation (2G) or lignocellulosic biofuels are deemed advanced in view of the several advantages when compared to first generation biofuels. If deployed in large scale, lignocellulosic ethanol will be a great ally in helping the world meeting the long-term requirements for the reduction of greenhouse gases (GHG) emissions.

The present report is the continuation of the other technical reports on Comparison of Biofuel Life Cycle Analysis Tools, particularly for ethanol from sugarcane, corn and wheat (Phase 1); FAME and HVO/HEFA (phase 2, Part 1). Its main motivation is still the comparison of different LCA models and the identification of the main differences and commonalities in methodological structures, calculation procedures, and assumptions to demonstrate the possibility of obtaining homogeneous results for similar production chains.

The scope of this study is restricted to second generation ethanol produced from either corn stover, wheat straw, sugarcane bagasse and/or straw, and forest residues. The four LCA models compared in this study were: GHGenius (Canada), GREET (USA), new EC (European Community), and VSB (Brazil).

The reported analysis found differences in the input data and methodological choices, some of which could be harmonized, such as the divergences between energy inputs among the studied models, or the considered avoided emissions. As in the Phase 2 Part 1, we emphasize that there is room for discussion and standardization of models in order to decrease the variation of input data and approaches and thus “preharmonize” all models. 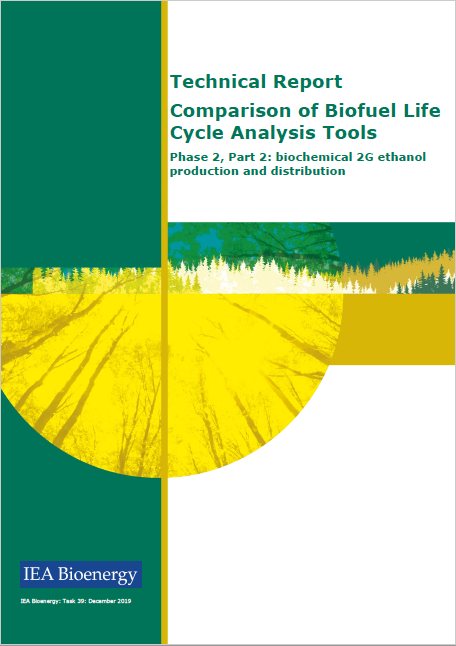 Sustainability assessment of ethanol and biodiesel production in Argentina, Brazil, Colombia, and Guatemala

Technical Guidelines for the Design of Low Emission Wood Stoves

Governments and Industry affirm the future of bio-based fuels, chemicals, and materials